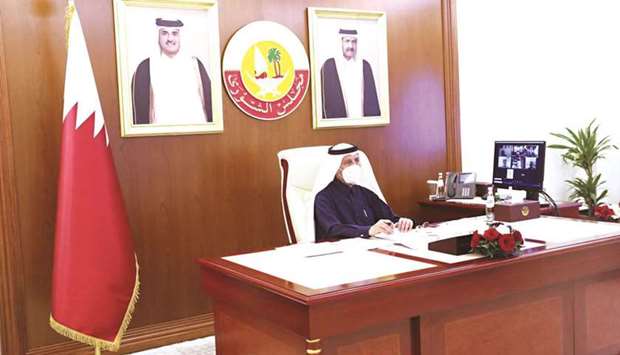 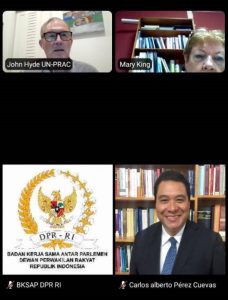 The Executive Committee of the Global Organization of Parliamentarians Against Corruption (GOPAC) held a meeting on Tuesday 2nd February 2020. The Speaker of the Shura Council of Qatar and President of GOPAC H. E. Ahmed bin Abdullah bin Zaid Al Mahmoud chaired the meeting.

The meeting was held via video conference technology. The President of the GOPAC stressed the importance of the fight against corruption amid the Coronavirus pandemic. The GOPAC has several activities and programs that it will continue executing. The President of the GOPAC has reassured all members that will work during his presidency to ensure that the organization achieves its goals as an international organization of parliamentarians that has a fundamental role in fighting corruption at the global level.

During the online meeting, the office of the Global Organization of Parliamentarians Against Corruption in Doha was announced ready. The GOPAC’s General Secretariat will soon move to the office after its inauguration. Among other issues, the committee deliberated on GOPAC’s strategy for the years 2021-2022, its work programs and through its Regions, and some joint activities with the United Nations and the Inter-Parliamentary Union as well as the membership current state.

The African Parliamentarians’ Network Against Corruption (APNAC) is represented at the GOPAC Executive Committee by its President in the person of the Rt. Honorable Justin Muturi, EGH, MP, Speaker of the National Assembly of Kenya and sitting as the Vice Chair of GOPAC and also by the APNAC Executive Director, Mr. Fabrice Fifonsi as a member ex-officio.