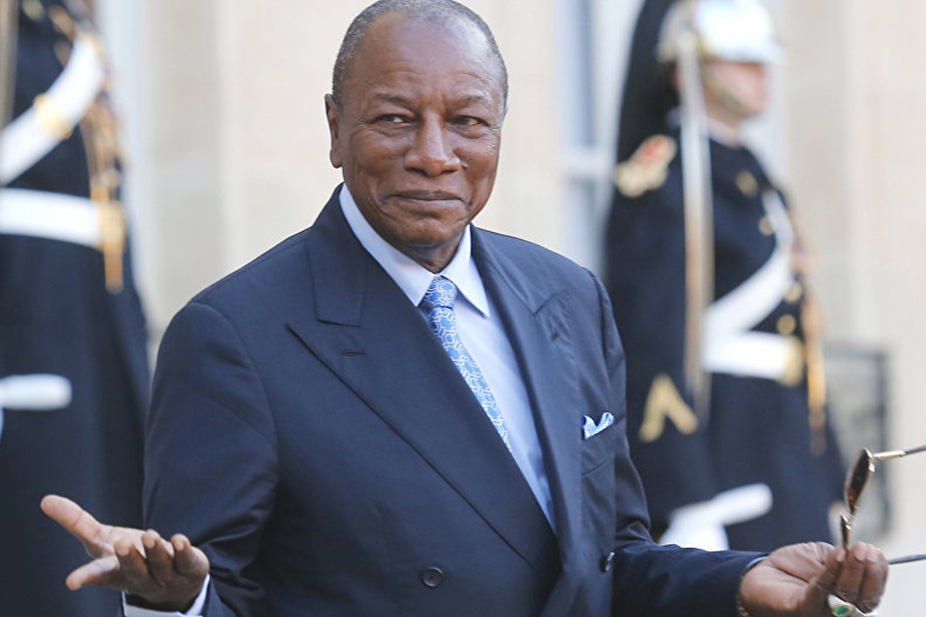 Guinea’s President Alpha Condé has said he will lodge a legal complaint in France for false accusation following French industrialist Vincent Bolloré’s arrest for alleged corruption in two contracts, one for the management of the container port in his country’s capital, Conakré. Condé chose a meeting with journalists to mark World Press Freedom Day to make his announcement, although he failed to clarify whom he actually will sue. Bolloré was charged on various counts, notably corruption of a foreign official, on 25 April over the awarding of contracts for container ports in Conakry and Togo’s capital, Lomé.

Shortly after being elected in 2010, Condé scrapped the existing contract for the port and it was subsequently awarded to the Bolloré group, whose PR and advertising branch had worked for his election campaign. On 26 April Guinea’s public service watchdog denied that Condé was involved in the decision, while Justice Minister Cheick Sako said his country would collaborate with the French investigation. On Thursday Condé scolded Guinean journalists for not coming to the “defence of the country”. “You have never protested when people tell tales about your country because you continue to misinform the population,” he told them. “We will have to explain things in Paris because none of you have tried to find out the truth.”